Your brain changes with social isolation 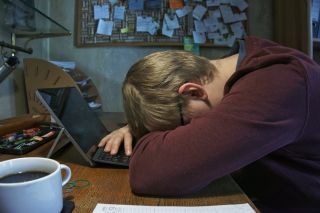 we humans are wired to be social, and many of us have had difficulties during the pandemic lockdowns and quarantines caused by COVID-19. Feelings of loneliness, fatigue, and isolation were experienced by many when public health protocols asked them to avoid groups. Social isolation can change our brains.

Older adults are at risk of Alzheimer’s disease and other brain disorders, including cognition, after being isolated.Adolescent brains may also be affected by a lack of social interaction. .Teenage brains are aging, according to Stanford University study abnormally during a pandemic. The study does not prove that the brain damage was due to isolation, but it could be the cause.

Society is moving towards isolation.

In 1800s American farming societies, there may have been social isolation for farmers (usually male) who oversaw large tracts of land and did not meet many humans on a daily basis. However, the typical male farmer usually had a female wife and often had a large family. Farmers were isolated during the day, but they would have dinner with their families and meet others in town on weekends.

the farmer knew he had access social capital in his community. He didn’t isolate himself and was able to find trusted connections to make important decisions. The norms of social capital include reciprocity, so if a farmer asks for help, he is obliged to return the help. Even though he didn’t live near other farmers, he wasn’t isolated.

Between industrial revolution, humans gathered in cities and towns and worked in factories. At the time, workers may not have lived with their biological families, but it was common to find them in boarding houses or dormitories where group meals were provided each day.

Fast forward to today, where we are in the information age. Having access to all kinds of facts and data can be exciting, but such access is not enough for a healthy life. Staying healthy requires human touch and contact, especially to keep your brain in top shape.

From loneliness comes changes in the brain.

Few connections and minimal human interaction have consequences. Over 55 years old Teenagers are especially at risk of loneliness-induced brain changes. In a recent longitudinal study of people in the UK with an average age of 57 years, researchers found that people considered socially isolated (living alone, having no social contact less than once a month, social (defined as activity participation less than once a week). After 12 years, the risk of dementia increased by 26%. People considered socially isolated were shown to have lower amounts of brain gray matter in parts of the brain, particularly in the temporal, frontal, and hippocampal regions.

Since the human brain is difficult to study, it can be inferred from studies of mice, which are social animals like humans.Socially isolated adolescent mice showing abnormal brain changesAlthough the change seems to be sustained to some extent, Even resocialize. A recent study of 163 adolescents found that People quarantined during shutdown had brain abnormalities in the hippocampus and amygdala regions. While we can’t attribute these changes entirely to pandemic isolation, it’s possible that her teen’s separation from her peers during this critical period of brain development contributed to brain damage. There is a nature.

How can we help?

After the necessary isolation during lockdown to prevent COVID-19, how can we socialize again without exposing ourselves to the dangers of this unpredictable virus? How can you support orphaned seniors and teens who haven’t been?

We can all help our relatives and connections mitigate this damage by offering friendship and support. You may want to step into the world of You can find a way to socialize while keeping an eye out for infections.

Social support and interaction can strengthen the brain.According to one study, the prefrontal cortex of the brain related to the size of one’s social group. another study showed that social support reduced amygdala volume (This is a plus), which increases the stressed volume. Social interaction through technology can have positive effects and may have protected some of our teens during the worst isolation of the last few years.

Teaching older adults how to use social media may help reduce brain damage from isolation. According to a recent review of research on older adults and technology use: Seniors using technology can stay connected.

Still, our connection with social media is imperfect. Teenagers tend to be vulnerable to loneliness, even though they have many social media applications installed on their smartphones. Dawn Farrick, a medical reporter and associate professor at the University of Delaware, was awarded a journalism grant to investigate loneliness.The title of her project is “Generation Lonely: 10,000 followers, no friends” and she Even with access to social media, young people are still lonelier than previous generations.

Interestingly, some scientists have found an attractive solution. Using hormone sprays to deliver oxytocin to people, simulating the hormonal surge you might get from social interactions. But finding chemical solutions to problems isn’t as much fun as getting the natural benefits of socialization.

So this holiday season, find time to be with loved ones (even if you have to wear a mask) and be mindful of seniors and teens who may be isolated. Your prefrontal cortex (and the rest of your brain) will thank you!