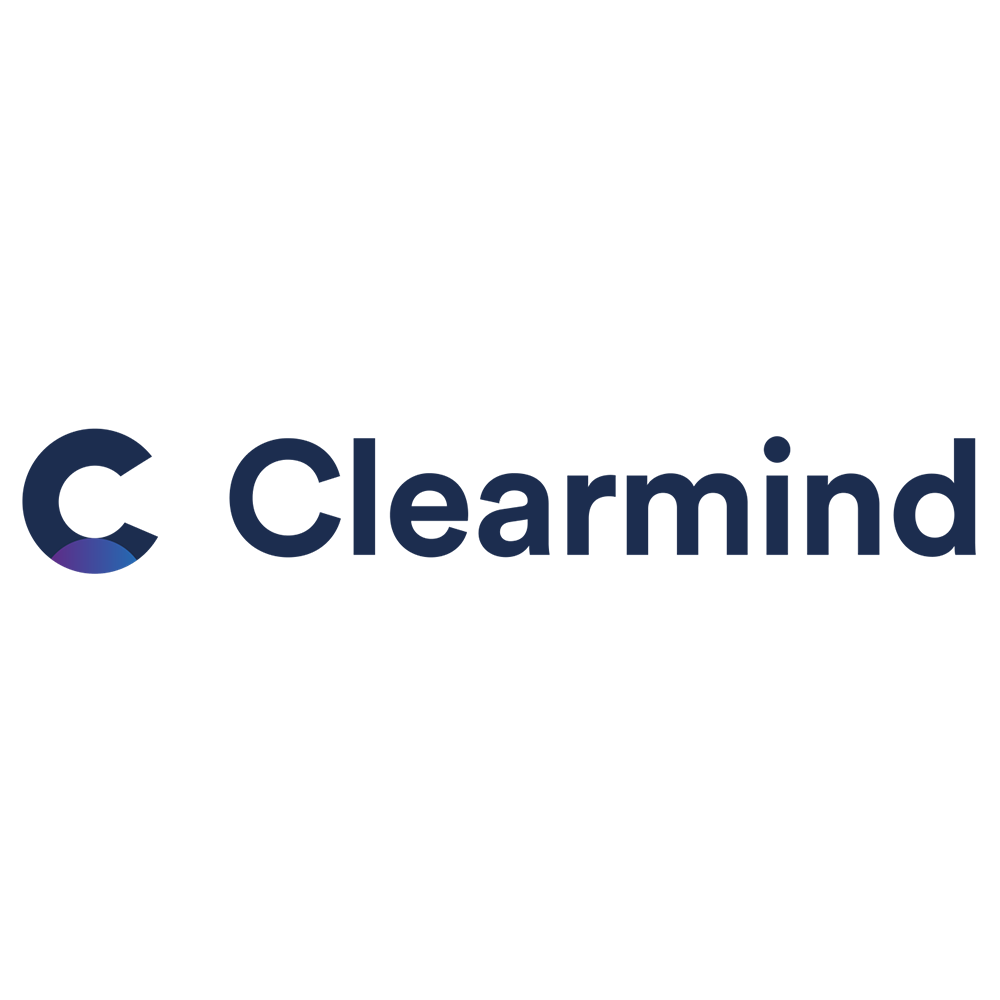 Clearmind Medicine Inc. (NASDAQ: CMND) (CSE: CMND) is blazing a trail in an emerging sector of pharmaceuticals: psychedelics. Thanks to a series of milestones reached, patents earned, and valuable partnerships, the company’s lead candidate, MEAI, may soon become the first-to-market psychedelic-based treatment targeting Alcohol Use Disorder (AUD). As an alcohol-substitute product, MEAI positions Clearmind to target a more than $395 million alcohol-substitute market opportunity and, more importantly, provide a product that could save millions of lives each year.

The term alcohol substitute may be misleading. While MEAI fits that label, it’s more accurate to call it a therapeutic using psychedelic-based compounds to treat a debilitating physical and social condition. In other words, it’s not an alternative taste option, say from Coke (NYSE: KO) to Pepsi (NYSE: PEP). Instead, it’s a complex and proprietary-based formulation that, in pre-clinical trials, showed an ability to mitigate AUD: a condition that encourages a vicious cycle of binge drinking by circumventing specific neural pathways that lead to sensible behavioral decisions. CMND believes its candidate can effectively change that dynamic.

Investors appear optimistic, too. CMND shares have been trending higher since early December, most recently rallying on news of another earned patent that strengthens its growing IP portfolio and protects its competitive distance from early-stage companies entering the space. While a more than 5% jump on that news was impressive, it’s important to note that with only about 2.7 million shares outstanding and just 1.17 million in the float, additional gains are still expected.

In fact, reclaiming 52-week highs of $6.10 could happen sooner than later. After all, CMND may be in its best-ever position to accelerate its clinical-stage ambitions. Thus, it may be wise to look past low volume volatility into the end of 2022. With updates regarding its AUD program expected, including about planned FDA filings, the path of least resistance in 2023 is paved to be higher.

Indeed, there are reasons for the company and investors to be bullish. Foremost is that its MEAI treatment candidate is showing promise to potentially innervate certain neural pathways such as 5-HT1A, which CMND and many in the neurological community believe are linked to facilitating better decisions – especially those caused by addictions. Supporting that belief are anecdotal reports and pre-clinical in-vivo results indicating the self-limiting property of MEAI, an important distinction compared to traditional “treat the symptoms, not the conditions” treatments. Notably, CMND is leveraging data that’s already showing that 5-HT1A receptors can be controlled, which, when fully validated, would likely translate to excellent news for those with AUD and other addictions.

How excellent? For many, MEAI 5-Methoxy-2-aminoindane can be more than a treatment; it can be a safe-to-use lifesaver. Unlike many traditional pharmaceuticals, the psychedelic-based formulation shows no signs of adverse reactions or side effects. In addition to a favorable safety profile, the most critical benefit of MEAI is that pre-clinical data indicate that CMND’s psychoactive molecule may effectively treat AUD by exerting a euphoric alcohol-like experience they believe will translate to a reduced desire to consume alcoholic beverages. Data to date supports that thesis.

In its non-human pre-clinical trials, CMND trained groups of mice to consume alcohol for five weeks. The groups were then given a daily dose of MEAI with intermittent access to alcohol and water. After two weeks, researchers found a significant reduction in alcohol consumption in mice receiving MEAI, and the untreated control group showed no significant decrease in alcohol consumption. Furthermore, no adverse side effects or treatment-related histological changes were observed among all MEAI treatment groups compared to control naive and vehicle animals in all the examined organs.

The better news is that Clearmind expects it can strengthen these already impressive results. Specific characteristics the company is monitoring include the ability for self-administration to provide trauma therapy time to work, support of reduction or abstinence goals, an immediate reduction in alcohol use, and no expected adverse interactions with other drugs. Incidentally, although MEAI is created utilizing psychedelics, it is non-hallucinogenic and, most important to approval considerations, shows no indications of worsening existing health issues.

But here’s the potentially best news from a company and investors perspective: with the preliminary work completed, CMND is closer than ever to clearing MEAI’s path to market.

That’s a result of significant development milestones being reached in the previous year. Those include a series of world-class innovations and partnerships that have done more than differentiate CMND from the competitive landscape; they have made them a leading biotech company in the psychedelic space. Better still, when it comes to its initial targeted indication of AUD, no other company appears close to being a serious competitive threat.

Needless to say, having competitive distance is always a benefit. But that competitive distance can also become a financial windfall for companies ushering in new fields of medical treatment. Considering that an approved proprietary CMND-100, 5-methoxy-2-aminoindane-based treatment (MEAI) could provide relief to the millions worldwide suffering from AUD, CMND looks ideally positioned to exemplify that phenomenon.

Strengthening that consideration is that patient resistance to using MEAI may be mitigated since it could provide effective and well-tolerated relief compared to traditional pharmaceuticals and treatments that are sometimes more debilitating than the condition itself. As noted, the most excellent news is that CMND is getting closer to getting MEAI to the market.

Clearmind Medicine is nearing the more formal clinical stage after completing the non-clinical studies required by the FDA, including conducting a constructive pre-IND meeting and having supportive pre-clinical data. Just as important, CMND has the capital to accelerate its clinical ambitions. While no timeline has been provided for a first-in-human trial, with preliminaries completed and risks of treatment expected to be uneventful, dosing trials could be a potential late 2023 proposition.

Fueling that speculation, CMND announced the appointment of a special advisor, Nicholas Kadysh, to support the regulatory aspect of the development of MEAI as an alcohol substitute. This program is expected to strengthen the company’s prospects of securing a significant treatment market opportunity and maximize its chances of generating near-term revenues. There’s more empowering CMND’s path to market.

Clearmind is also leveraging the strength of strategic partnerships, including those with leading research and medical centers like Yissum, the technology transfer company of the Hebrew University of Jerusalem, and the Gonda Multidisciplinary Brain Research Center located at Bar Ilan University (Israel) through BIRAD (the Bar-Ilan Research and Development Company). They are also engaged with publicly-traded SciSparc Ltd. (Nasdaq: SPRC), a specialty, clinical-stage pharmaceutical company focused on the development of therapies to treat disorders of the central nervous system, with the two already generating promising results from the combination of MEAI and SciSparc’s Palmitoylethanolamide (PEA), the active ingredient of its proprietary CannAmide™.

Thus, even after the recent run, the sum of CMND’s parts still exposes a valuation gap worth considering. And remember, CMND isn’t a one-drug opportunity. In addition to advancing toward a formal trial to treat AUD, the company is also ushering in a new class of drugs utilizing psychedelic-based medicines to solve widespread health problems. By the way, those who believe that psychedelic-based therapeutics will face massive regulatory resistance should reconsider.

Marketing approvals for CBD-based treatments prove that regulatory agencies aren’t prejudiced against innovative methods to treat patients better. That’s proven by massive market penetration and user adoption of these compounds generating billions in sales and making a once obscure market mainstream. Remember, despite its “psychedelic-based” classification, MEAI is non-hallucinogenic and shows favorable efficacy and tolerability in pre-clinical trials – key factors reminiscent of CBD’s rise to prominence and regulatory fast tracks.

Hence, precedent and inroads made by the CBD sector show that approved psychedelic-based treatments aren’t decades away; they could be years away or, for that matter, a single year or less. That’s important to the Clearmind Medicine consideration because they are a part of the ushering-in group. And by focusing on the value inherent to a more than $200 billion “AUD” treatment market, CMND stock is more than ripe for appreciation; with updates expected regularly, it’s likely to score it. Remember, too, treating AUD is only the company’s initial target.

If trials confirm what’s already being shown, the path for CMND to treat other addictions is undoubtedly put into near-term play. That puts additional multi-billion dollar treatment markets in the development pipeline.

So, while 2022 set CMND up well for growth, 2023 could be the company’s breakout year. And with the expected start of its innovative MEAI-based drug candidate CMND-100 in human clinical trials, that prediction could come true sooner than expected. Therefore, being proactive instead of reactive on this value proposition may be a timely consideration.

Disclaimers: Shore Thing Media, LLC. (STM, Llc.) is responsible for the production and distribution of this content. STM, Llc. is not operated by a licensed broker, a dealer, or a registered investment adviser. It should be expressly understood that under no circumstances does any information published herein represent a recommendation to buy or sell a security. Our reports/releases are a commercial advertisement and are for general information purposes ONLY. We are engaged in the business of marketing and advertising companies for monetary compensation. Never invest in any stock featured on our site or emails unless you can afford to lose your entire investment. The information made available by STM, Llc. is not intended to be, nor does it constitute, investment advice or recommendations. The contributors may buy and sell securities before and after any particular article, report and publication. In no event shall STM, Llc. be liable to any member, guest or third party for any damages of any kind arising out of the use of any content or other material published or made available by STM, Llc., including, without limitation, any investment losses, lost profits, lost opportunity, special, incidental, indirect, consequential or punitive damages. Past performance is a poor indicator of future performance. The information in this video, article, and in its related newsletters, is not intended to be, nor does it constitute, investment advice or recommendations. STM, Llc. strongly urges you conduct a complete and independent investigation of the respective companies and consideration of all pertinent risks. Readers are advised to review SEC periodic reports: Forms 10-Q, 10K, Form 8-K, insider reports, Forms 3, 4, 5 Schedule 13D. For some content, STM, Llc., its authors, contributors, or its agents, may be compensated for preparing research, video graphics, and editorial content. STM, LLC has been compensated up to ten-thousand-dollars cash via wire transfer by a third party to produce and syndicate content for Clearmind Medicine Inc. for a period of two weeks. As part of that content, readers, subscribers, and website viewers, are expected to read the full disclaimers and financial disclosures statement that can be found on our website. The Private Securities Litigation Reform Act of 1995 provides investors a safe harbor in regard to forward-looking statements. Any statements that express or involve discussions with respect to predictions, expectations, beliefs, plans, projections, objectives, goals, assumptions or future events or performance are not statements of historical fact may be forward looking statements. Forward looking statements are based on expectations, estimates, and projections at the time the statements are made that involve a number of risks and uncertainties which could cause actual results or events to differ materially from those presently anticipated. Forward looking statements in this action may be identified through use of words such as projects, foresee, expects, will, anticipates, estimates, believes, understands, or that by statements indicating certain actions & quote; may, could, or might occur. Understand there is no guarantee past performance will be indicative of future results. Investing in micro-cap and growth securities is highly speculative and carries an extremely high degree of risk. It is possible that an investors investment may be lost or impaired due to the speculative nature of the companies profiled.