The daughter of football legend Pele shared a touching post saying her father is still in the hospital and the family endures “sadness and despair”.

Pele is currently in the Albert Einstein Israel Hospital in São Paulo after being hospitalized at the end of November 2022.

The 82-year-old’s cancer has progressed, and doctors recently said he was receiving “advanced care” related to “dysfunction of the kidneys and heart.”

His daughter Kelly Nascimento posted a photo with his sister Flavia and Pele’s grandsons Octavio Ferinto Neto and Gabriel Arantes, speaking out online.

“And what we’ve learned most from all this is that we have to look for each other and hold on tight. Only if everything is worth it. Everything together.” 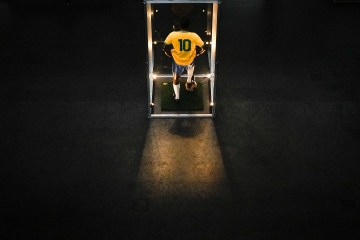 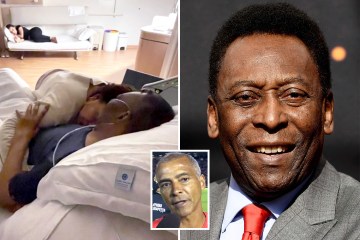 Pele was being treated for colon cancer and was undergoing chemotherapy.

The Brazilian icon subsequently developed a lung infection as he was weakened due to the ongoing treatment he was receiving.

He had a colon tumor removed in September 2021, but there is no confirmation as to whether the cancer has spread to other organs.

Pele spent Christmas in hospital but had the support of his loving family and football community around the world.

On Boxing Day, daughter Kelly praised hospital staff for doing all they can for her father.

“To see our father being treated by a very competent and very caring professional in care,” she said.

“I will never forget this privilege.Amid sorrow, I am grateful.”

Three-time World Cup winner Pele is considered one of the best players to grace this beautiful game.

The famous forward is believed to have scored nearly 2,000 goals throughout his playing career.

And he has inspired generations of talent, including Ronaldo, Ronaldinho and Neymar.