An irate homeowner claims he started sleeping under the stairs after partygoers turned his town into “Little Ibiza.”

Weary locals claim that the North Yorkshire market town of Skipton is teeming with pubs, clubs and takeaways.

Some claim to have woken up early in the morning to Robbie Williams’ song “Angels,” the last track played at a nearby club.

Morrison employee Gary Morton, 39, was forced to kip under the stairs to escape the noise.

He told The Sun Online:

“Since the beginning of last year, I’ve been sleeping under the stairs, which is the quietest place in the house.

“It’s pretty cold there, but it’s the only place you can sleep on Friday and Saturday nights.

“Now I’m working the night shift instead because I’d rather be working than just staying up.”

Gary bought a terraced house during lockdown, so he can’t sell it and move out like renters in the area.

He knew the club was nearby, but believed it was far enough away that the noise wouldn’t bother him.

Meanwhile, Lynn Hudson, 63, has lived in a house overlooking the back of a former movie theater for 40 years.

Since then, she has turned into a sleepless nightclub at night.

She said, “I was going to go to work at 5 in the morning, but my wake-up call is being serenaded by Robbie Williams.

“Angels is always the last song they play, so I know I have to get up.

“When I drive to work, people are standing in the street or sitting outside takeaways.

“I had porridge in the morning, but they ordered pizza.”

Picturesque Skipton is known for its medieval castle, canals and stunning scenery.

With a population of just 15,000, it has partnerships with pubs and bars.

Bar owners in the area laugh at comparisons to the party island of Ibiza.

“We are going to make the most of the Ibiza comparison,” David said.

“We are in pre-negotiations to open a hotel for 18-30 year olds, and we are talking to farmers about opening an unused hut for people to rave about, and we are on the boulevard. Trying to turn an empty department store into a super club.

“We contacted Claire’s Accessories to get the glow sticks working again.

“And if you avoid the sheep, Malam Tarn’s glacial lake is just as great as Nikki Beach.

“Great for all day raves.” 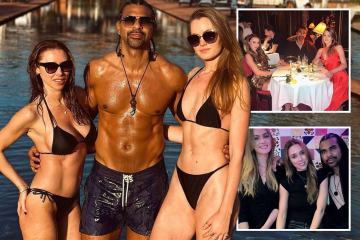 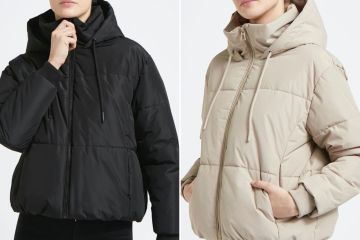 “But comparing this town to Ibiza is silly. We close our doors at 9pm, but let’s be honest, most guests need to be in bed by 10pm.”

The Sun has reached out to the Craven District Council for comment.